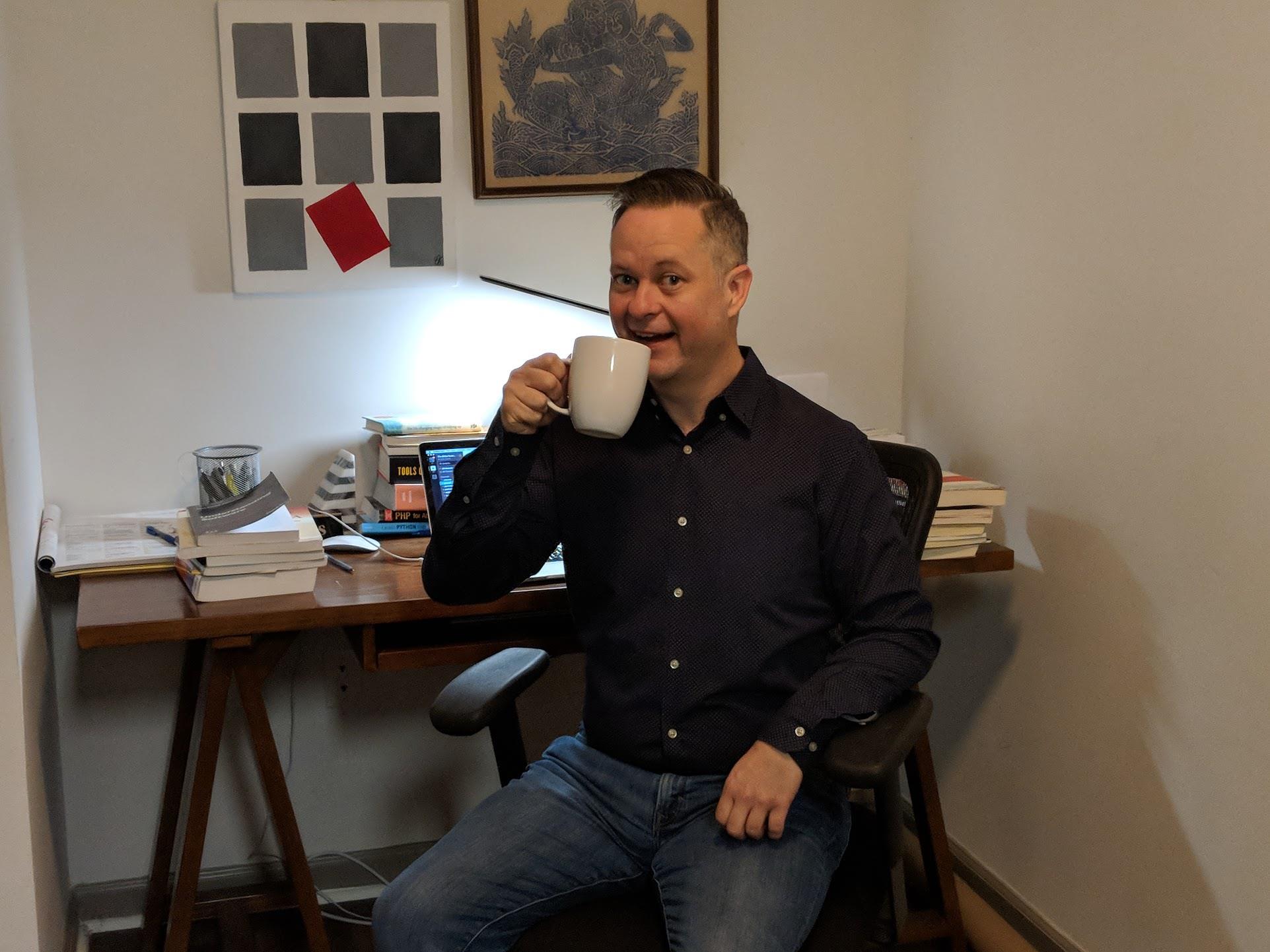 I could feel myself getting annoyed. I really was trying to breathe, but instead my breath was short and gasping.

That day I practiced in the evening. I recall I made a cup of coffee for the trip to the shala. I was at least my 6th or 7th cup.

I began to examine why I felt annoyed and why I could not control my breathe. This seems to be the very opposite of yoga. In yoga I am attempting to calm my nervous system, and coffee was keeping me in fight or flight.

I had also been battling excessive throat clearing for nearly a year. It was particularly pronounced in the quiet hum of a Mysore room.

So I decided give up coffee for 30 days and see what would happen.

September was National Recovery Month. I thought it symbolic to tackle my coffee habit during this time. I would be a form of solidarity and a reminder of what it was like to give something up -- my own secular lent.

I quite a 10 year drug addiction and a lifetime of drinking cold turkey. I could do this. But in true addict fashion I made excuses not to start. I started Sept 4th.

I can attest withdrawal from caffeine was physically the more harsh. At first, I experienced the commonly reported headaches. By day 3, I developed excruciating pain in my lower back and both legs similar to sciatica.

I also lost a lot of strength. Apparently the adrenaline from caffeine was powering my jump backs and arm balances because they were no longer available to me.

Excessive caffeine consumption keeps cortisol levels high which in turn tells your body to store belly fat. Maybe I would trim up. Nope. I replaced coffee with a ice cream and pizza.

Eventually, I slept more soundly. I had very vivid dreams which was new for me.

I was less anxious at work and in more control of my banter.

I began to use my bandhas and breath to find strength.

I learned I don't need caffeine to function.

I hope this changes my relationship with caffeine.

Take it from an addict, caffeine is a drug. It may be accepted, and it may have health benefits, but you may be physically addicted.