700 days sober: Where does this path lead? 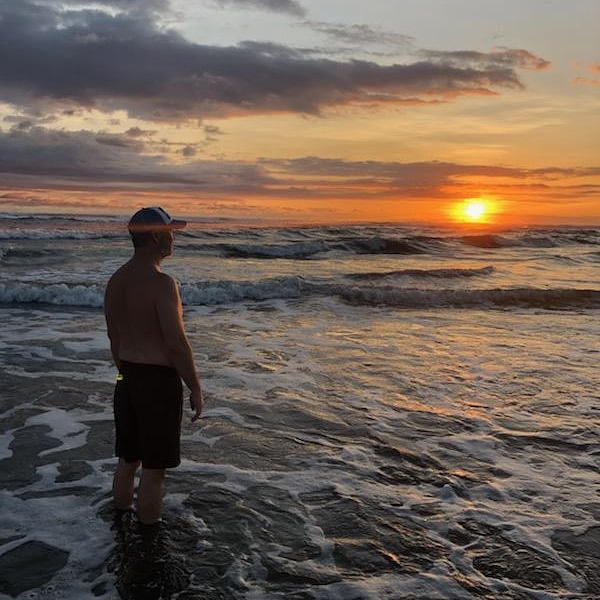 “On this path effort never goes to waste and there is no failure.”

Taylor and I sat down to record an episode of his podcast. Here sat a teacher and friend I feel like I've known a lifetime yet it's only been 14 months.

So much of my youth I can't remember. Adulthood is a blur. A lifetime of being pushed and pulled by unconscious forces and conforming to what others wanted me to be while hating myself for not being the stereotypical Southern man.

700 days ago I decided to stop drinking for 90 days. I didn't have the strength yet to say it was for good.

630 days ago, sitting a breakfast in St. John, I open Taylor Hunt’s book, “A Way from Darkness,” and highlighted every word I identified with. Later that day I stood in samasthiti and entered a yoga challenge for the Trini Foundation, even though I thought, “I am not good enough at yoga to do this.”

I committed to the 14 day challenge and somehow was one of the winners. I won a workshop with Taylor in October. I convinced myself that I could not meet him and have started back drinking.

425 days ago I met Taylor Hunt for the first time. I attended his workshop at Balance Yoga Atlanta. It was my first workshop in the nearly 4 years I had been practicing Ashtanga yoga. I was not good enough at yoga to do a workshop.

Nearly 2 months later, or 370 days ago, I boarded a plane to Costa Rica. Taylor mentioned a week long retreat he was hosting. I had never been out of the country. No one else from Atlanta was going. No way is my practice good enough to go to a retreat. I made the decision to go.

A year later, or 7 days ago, I again landed in Costa Rica, a different man, closer to who I wanted to be and who i've always been. Even in paradise I still had to battle my demons. Am I yogi enough to be here? Will people like me as I am?

Last night I read a book while waiting for the sun to set on Playa Venado. In that moment, I learned that the physicist Erwin Schrodinger believed we were all interconnected and in his writing he referenced Spinoza, a philosopher Dr. Flores recommended I read.

In that moment it sure felt like Schrodinger was right, and I forgave myself a little bit more.